Get to Know Joachim Savelsberg! 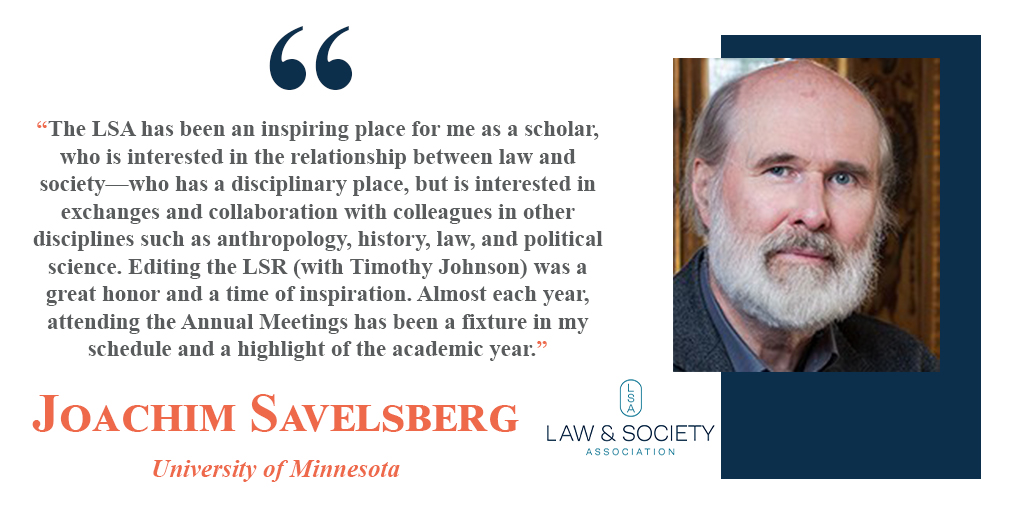 “I have been living between continents for some time. Born, raised and with an academic socialization in Europe, specifically Germany, I moved to the United States only at age 38. Moving back and forth across the Atlantic sensitized me to institutional particularities of different countries, especially particularities of law and politics, and their consequences. Further, born in 1951, barely six years after the end of WWII and the Shoah, I learned about silencing of past atrocities, the breaking of silences, and later, about the role of law in these processes.”

See Professor Savelsberg’s bio to learn more about the awards he has won.

Learn more about Professor Savelsberg, his many publications, media appearances, awards, and involvement with academic organizations by viewing his bio, here.