By LSA AuthorSeptember 23, 2021News
No Comments 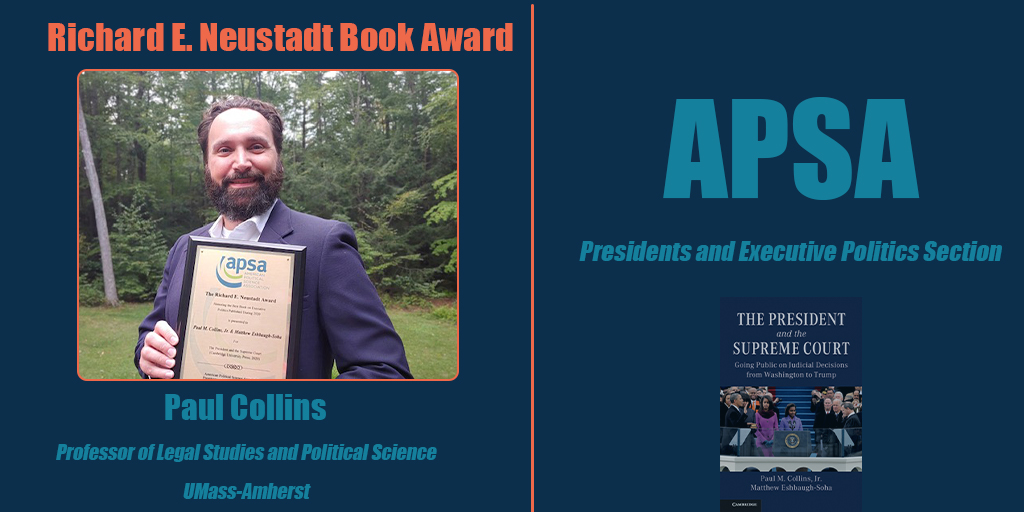 AMHERST, Mass. – LSA member Paul Collins, Professor of Legal Studies and Political Science at UMass-Amherst, received the 2021 Richard E. Neustadt Book Award from the Presidents and Executive Politics Section of the American Political Science Association (APSA) for the best book on executive politics, as announced by the association this fall.

Professor Collins’ book, The President and the Supreme Court: Going Public on Judicial Decisions from Washington to Trump, was co-authored with Matthew Eshbaugh-Soha (University of North Texas) and published by Cambridge University Press.

“It is truly an amazing honor to be recognized for our work,” Collins said. “Given that this topic remains highly salient – as demonstrated by President Biden’s very recent public criticism of the Court for its decision involving the Texas abortion ban—we hope that our book will help people better understand that conflicts between the president and the Supreme Court have long been a part of our constitutional system and can, in fact, be good for a democracy.” 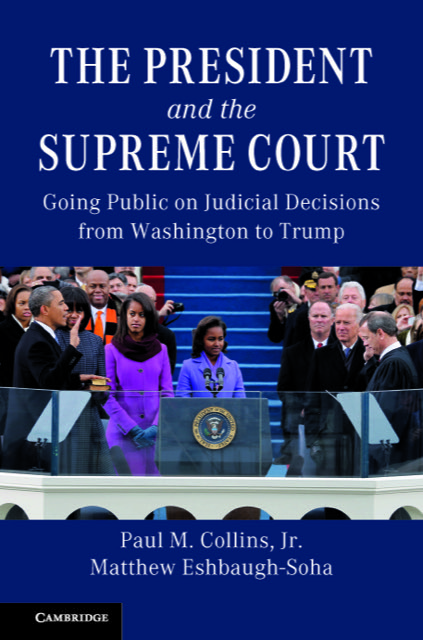 The book examines the conflicts that develop between the president and the Supreme Court, particularly when presidents take positions on the Court’s pending decisions or criticize the Court’s decisions in their public rhetoric. Critics of these actions argue that, in so doing, presidents act as “bullies” and offend the norm of judicial independence. Contrary to this, the book shows that presidents discuss cases to promote their reelection, policy goals, and historical legacies, while attempting to shape the impact of Court decisions on the bureaucracy, Congress, the media and the public.

In the award citation, the selection committee noted that “The President and the Supreme Court represents an excellent example of applying modern social science to a classic issue of presidential politics.”