Get to Know Mark Fathi Massoud! 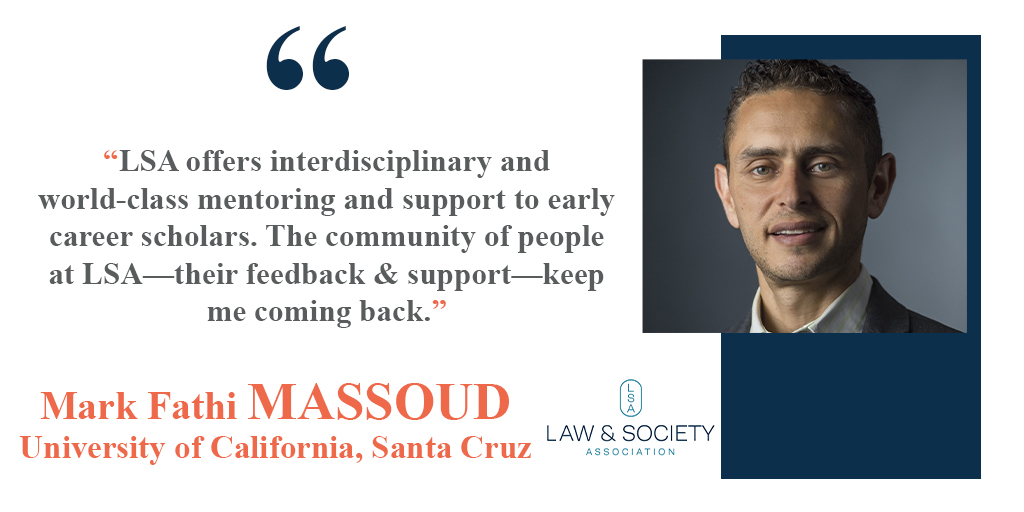 “I study the rule of law in crisis. At a time when many people want to separate religion from nation, my work brings God back into the law and shows how faith in a higher power can guide people back toward the rule of law. I have conducted fieldwork on the politics of law and religion in Sudan and in Somalia and Somaliland.”

“Since 2017, I have been an editor of the Cambridge Studies in Law and Society book series, with Cambridge University Press. Founded in 1997, the series has published 115 empirically innovative and theoretically sophisticated books at the intersection of law, the humanities, and social sciences.”

Learn more about Professor Massoud, his media appearances, awards and publications by viewing his bio, here.