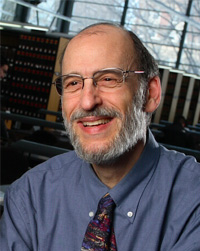 Professor Erlanger is the recipient of a number of awards for his teaching and research, including the Emil Steiger Award for Distinguished Teaching from the UW-Madison, the Underkofler Award for Distinguished Teaching from the UW System, and the Stan Wheeler Mentorship Award from the Law & Society Association. He is an Academic Fellow of the American College of Trust and Estate Counsel, and a former President of the Law & Society Association. From 1998-2013 he served as Director of the Institute for Legal Studies at the Law School and from 2007-2013 he served Director of the Center for Law, Society, and Justice in the College of Letters and Science, which houses the interdisciplinary Legal Studies major and the Criminal Justice Certificate Program.

Since 1982 Professor Erlanger has been Review Section Editor of Law and Social Inquiry, where he has solicited and edited over 500 article-length essays representing the great diversity of views in socio-legal studies. His own socio-legal research focused on the legal profession — especially on the careers of lawyers in public interest practice and the socialization of law students — and on topics related to dispute resolution and to organizational implementation of law. Early in his career, he also specialized in the sociology of interpersonal violence.

From 1993 to 2006 Professor Erlanger served as Reporter for a committee of the State Bar of Wisconsin that prepared a comprehensive revision of the Wisconsin Probate Code (1997 Wis. Act 188) which became effective January 1, 1999.  A lengthy bill containing extensions and technical corrections (2005 Wis. Act 216) became effective in April 2006.