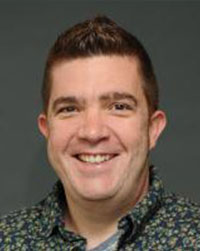 Steven Boutcher is Executive Officer of the Law and Society Association and Senior Research Fellow at the Institute for Social Science Research. Before coming to LSA, Steve was a Research Fellow at the Center for the Study of the Legal Profession at Georgetown Law Center, an assistant professor of sociology and public policy at UMass, and most recently, the Executive Director of the Center for Employment Equity at UMass. Steve received his PhD in Sociology from the University of California, Irvine in 2010. Steve’s scholarship focuses on the relationship between law, organizations, and social change, particularly focusing on law and social movements and the legal profession. He is currently co-PI on a multi-year project investigating sexual orientation and gender identity discrimination in the workplace.

His own research has focused on the relationship between law, organizations, and social change. Much of his research has focused on law and social movements and he has written extensively about the institutionalization of pro bono practice in large law firms. He is currently co-PI on a large grant from the U.S. Department of Labor focusing on sexual orientation and gender identity discrimination in the workplace.