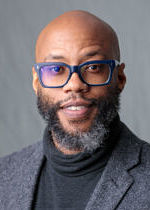 Jeffrey Omari is an incoming Assistant Professor at Northern Illinois University College of Law (NIU). He joins NIU with a rich interdisciplinary background; his research sits at the intersection of law, technology, and social science. His current work examines internet governance through the lens of Brazil’s cyber law, the Marco Civil da Internet (MCI). Through its promotion of internet access as a civil right, protection of net neutrality, and its call for openness in the online realm, the MCI seeks to foster democratic internet governance in Brazil. Omari spent 18 months in that country conducting ethnographic fieldwork in two contrasting locations: the favelas (informal, low-income communities) of Rio de Janeiro and in Brazil’s top law school, Fundação Getúlio Vargas Direito.

Omari was formerly the Visiting Assistant Professor in the Center for Civil and Human Rights at Gonzaga University School of Law. In 2018, he earned a PhD in cultural anthropology from the University of California, Santa Cruz. He was also formerly a Law and Social Science Doctoral Fellow at the American Bar Foundation. Before pursuing his PhD, he practiced entertainment law in Atlanta and Los Angeles, respectively. Omari’s work has appeared in Law & Social Inquiry and PoLAR: Political and Legal Anthropology Review, among other outlets. He holds a Juris Doctor from the University of Illinois College of Law and a Bachelor of Arts from Morehouse College.