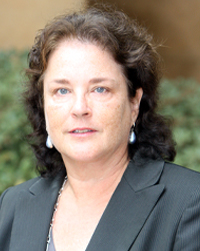 Eve Darian-Smith is professor and chair in Global Studies & International Studies, University of California Irvine. She is an interdisciplinary scholar engaging human rights, legal pluralism, (post)colonialism, sociolegal theory and ethnographic methods. She practiced corporate law in Melbourne before coming to the US to do a PhD in cultural anthropology. She is co-editor with Jon Goldberg-Hiller of a book series “Global and Insurgent Legalities” (Duke), and on editorial boards of 6 journals including Social & Legal Studies, Canadian Journal of Law and Society, and Beijing Law Review. She is also a former associate editor of the Law & Society Review and American Ethnologist.

Eve has been an active member of LSA since 1991, serving on the Board of Trustees three times and Executive Committee twice. She is committed to furthering diversity and encouraging the participation of minority and international scholars. As a member of LSA’s 2nd Half Century Committee, she helped develop support for an African regional meeting. Eve also served as chair of LSA’s Summer Institute in 1999 and 2007, writing NSF grants to support both programs. She chaired the Early Career Workshop in 2010 and 2013, and was on the Nominations Committee 1998; Herbert Jacob Book Prize Committee 2001, 2002; Summer Institute Planning Committee 1997, 2005-8; International Scholarship Prize 2009; Audit Committee 2010-13; and Ron Pipkin Service Award 2013. Recently she was PI on a LSA grant submitted to NSF to enable scholars from low and middle-income countries to participate in the LSA international meeting in Lisbon 2022.