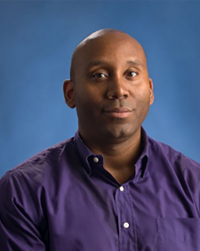 Associate Professor, an inaugural Inclusive Excellence Term Chair Professor, and a Chancellor’s Fellow in the Department of Criminology, Law & Society

Bryan L. Sykes is an Associate Professor, an inaugural Inclusive Excellence Term Chair Professor, and a Chancellor’s Fellow in the Department of Criminology, Law & Society (and, by courtesy, Sociology and Public Health) at the University of California, Irvine. He is an Associate Editor for Science Advances (the Open Access version of Science magazine), an Academic Editor for the Public Library of Science (PLOS) ONE, and Co-Editor-in-Chief of Sociological Perspectives.

Dr. Sykes received a joint Ph.D. in Sociology and Demography from the University of California-Berkeley and completed post-doctoral research at the University of Washington. His research focuses on demography and criminology, with particular interests in fertility, mortality, population health, mass incarceration, social inequality, and research methodology.  Professor Sykes’ work on the collateral consequences of mass incarceration has been published in leading social science and medical journals and law reviews. His estimates of racial disparities in incarceration were featured in the National Research Council’s (2014) landmark report on The Growth of Incarceration in the United States, and he serves as a co-editor of a forthcoming double issue on monetary sanctions in RSF: The Russell Sage Foundation Journal of the Social Sciences. His current research project — Shadow Costs: The Effect of Economic and Informational Inequality on Court-Order Compliance — is funded by the Haynes Foundation, the Russell Sage Foundation, and the Law & Science and Science of Broadening Participation programs of the National Science Foundation.