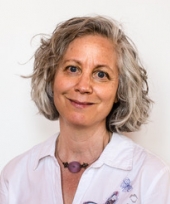 Audrey Macklin is a professor at the Faculty of Law. She holds law degrees from Yale and Toronto, and a bachelor of science degree from Alberta. After graduating from Toronto, she served as law clerk to Mme Justice Bertha Wilson at the Supreme Court of Canada. She was appointed to the faculty of Dalhousie Law School in 1991, promoted to Associate Professor 1998, moved to the University of Toronto in 2000, and became a full professor in 2009. While teaching at Dalhousie, she also served as a member of the Immigration and Refugee Board.

Professor Macklin’s teaching areas include criminal law, administrative law, and immigration and refugee law. Her research and writing interests include transnational migration, citizenship, forced migration, feminist and cultural analysis, and human rights. She has published on these subjects in journals such as Refugeand Canadian Woman Studies, and in collections of essays such as The Security of Freedom: Essays on Canada’s Anti-Terrorism Bill and Engendering Forced Migration.